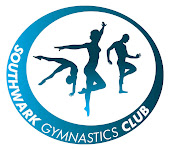 SGC offer competitive squads for three disciplines – Team Gym, Women’s Artistic and Tumbling. We also run an extensive Floor and Vault Squad which competes on a regional level. Younger competitive gymnasts will often begin in a Development Squad and will be aiming to move up into one of the senior competition squads. It’s not impossible to be selected from outside of a Development Squad but it happens less often.

Before starting competitive Gymnastics it is worth remembering that it is demanding both on parents and gymnasts alike. Money wise our fees vary from roughly £40-£90 per month but still adds up to a lot. And then there is the juggling act between school work, home life, work and social demands. As well as training time there are the competitions to add in and the costs of kit, tracksuits and leotards.

Gymnastics is also a physically and emotionally demanding sport and pushes children from a young age. For this reason we offer spaces on an invitational basis only.

Team Gym Squads
A spectacular and dynamic discipline that emerged from Scandinavian countries over the last couple of decades. It covers three areas – Floor, Tumbling and Trampette. Gymnasts usually work towards the Southern Qualifiers (March) each year in the hope to qualify for the British Championship Finals (August). Please see footage of the Team Gym European Championships below in which one of our gymnasts Khalid Kerr represented Great Britain. You can see Khalid perform the team gym floor routine at the time 19:15 and trampette at the time 53:55 in the video below.

Tumbling Squad
As a country Great Britain is a main player in the Tumbling world. Kristoff Willerton (Andover) was the Men’s World Champion in 2013 and Rachael Letsche (Wakefield) was the Women’s World Champion in 2014. At Southwark our Tumble Track is just short of the competitive 25 metre track and has no run up so for that reason we train at other facilities as often as possible including in Gillingham and Bromley Valley. Please see footage of one of our Ex-gymnasts Dominic Mensah competing at the World Championships ranking at 8th position. Unfortunately, Dominic moved on from the club due to lack of facilities at Southwark G.C. but continues to visit the younger gymnasts at SGC and tell them about his inspiring journey.

Women’s Artistic
Women’s Artistic gymnasts compete on four pieces of apparatus, Floor, Vault, A-Bars and Beam and is the only Olympic discipline on offer at SGC. Artistic gymnasts will work towards grades and twin piece competitions and as they gain more experience they can progress onto National level events and who knows maybe the next Simone Biles will be from South London!